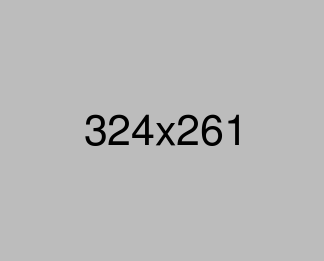 Tumor cells evade immune surveillance by upregulating the surface expression of programmed death-ligand 1 (PD-L1), which interacts with programmed death-1 (PD-1) receptor on T cells to elicit the immune checkpoint response. Anti-PD-1 antibodies have shown remarkable promise in treating tumors, including lung cancer and metastatic melanoma. However, there is a problem that PD-1/PD-L1 blockade is associated with a response rate is low. A better understanding of PD-L1-mediated immune evasion is needed to predict patient response and improve treatment efficacy.

Extracellular vesicles, such as exosomes and microvesicles, carry more bioactive molecules that influence the extracellular environment and the immune system. Firstly, authors purified exosomes from a panel of human primary and metastatic melanoma cell lines by differential centrifugation, at the same time also verified them by transmission electron microscopy (TEM) and nanoparticle tracking analysis (NTA). Analysis by RPPA and western blot revealed the presence of PD-L1 in exosomes, and its level was significantly higher in exosomes derived from metastatic melanoma cells compared to those from primary melanoma cells. Using immuno-electron microscopy and ELISA, authors found that exosomal PD-L1 has the same membrane topology as cell surface PD-L1, with its extracellular domain exposed on the surface of the exosomes.

In this paper authors report that metastatic melanomas release extracellular vesicles, mostly in the form of exosomes, in which carry PD-L1 on their surface. Stimulation with interferon-γ (IFN-γ) increases the amount of PD-L1 not only on cell surface, but also on these vesicles, which inhibits activation, expansion and effector functions of CD8+ T cells and helps cancer cells evade immune destruction and facilitates tumor growth.

There patients, who carry with metastatic melanoma, the level of circulating exosomal PD-L1 positively correlates with that of IFN-γ, and varies during the course of anti-PD-1 therapy. The magnitudes of the increase in circulating exosomal PD-L1 during early stages of treatment, as an indicator of the adaptive response of the tumor cells to T cell reinvigoration, stratifies clinical responders from non-responders. In this paper author reveals a mechanism by which tumor cells systematically suppress the immune system, and provides a rationale for the application of exosomal PD-L1 as a predictor for anti-PD-1 therapy. Considering the heterogeneity and dynamic changes of PD-L1 expression in tumors, and the invasive nature of tumor biopsy, developing exosomal PD-L1 as a blood-based biomarker could be an attractive option.